This note considers publicly available data on flood and coastal erosion risk management expenditure (FCERM) in England. It looks at how this has changed following recent government spending decisions, the introduction of Partnership Funding, and in comparison with estimates of the long-term investment need.

Is more being spent than ever before?

Table 1 in the PDF version of this note presents the overall amount of funding in this spending period (April 2011 to March 2015) compared with the previous four years. The headline analysis shows that more money is in the system than previously but there are at least three important points to note:

A detailed breakdown of these figures is available at Annex A (see PDF version) together with how budgets have moved over time following spending decisions and in-year changes.

Has funding been cut?

However the overall funding picture has improved somewhat since the low point in October 2010. As well as the significant rise in external contributions under the Partnership Funding approach, and the additional sums announced in the 2012 Autumn Statement, Defra has been able to provide additional sums each year of the period so far to allow the Environment Agency to spend more than was originally allocated in the 2010 Spending Round.

Is enough being spent?

The Government is currently on course to provide better protection against flood and coastal risk to more than 165,000 households in England. It is important to note that most of these households will already be protected. Households that are having their defence upgraded or refurbished at the end of its design life to the same standard are included against the target. The number of previously undefended households receiving protection for the first time is not stated. Meanwhile, ageing assets elsewhere will be putting other households at steadily greater risk, especially with climate change. It’s the net effect on overall levels of flood risk that is important, and this is largely unknown.

One way to estimate the net effect is to use the Environment Agency’s long term investment strategy (LTIS). This assessed their future funding needs and what the overall level of flood risk might be as a result in 2035. It took as a baseline the EA’s original 2010/11 flood defence budget of £679 million, as set in by the previous government 2007, of which £570 million was due to be spent building and maintaining flood defence assets. The assessment said that to hold constant the number of properties at significant flood risk over time, spending needs to increase at a rate of £20 million plus inflation per year for the next 25 years. To make headway and reduce the number of properties at risk over time around an extra £50 million plus inflation would be needed. The chart in the PDF version of this note shows what these scenarios look like in the context of current spending plans with figures at Annex B.

Even with the rise in external contributions and assuming inflation can be countered by efficiencies, spending plans for this period are set to be more than half a billion pounds below the amount EA estimated they need to avoid risk increasing in the long-term (LTIS scenario 4, the “most favourable scenario”). Spending between 2011 and 2015 is £380 million behind even the least expensive scenario the Environment Agency considered. That would result in around 250,000 more households becoming exposed to a significant risk of flooding by 2035.

Whilst capital investment is set to increase to £370 million in 2015/16, and then rise each year with inflation, funding from Defra will still be £1.4 billion behind what the Environment Agency has estimated it needs between 2015 and 2021 to avoid flood risk increasing. Local contributions towards flood defence projects will need to increase again and keep rising to make up this shortfall. These figures assume that beyond 2015/16 resource funding is held level in real terms.

Furthermore, the Environment Agency scenarios do not take account of future development. The ASC’s 2012 progress report found that development on the flood plain is taking place at a faster rate than other areas. 20% of floodplain development (involving around 40,000 properties) was in areas of significant flood risk between 2001 and 2011. Whilst much of this development will be behind existing flood defences, this binds in the need to spend ever more on flood alleviation. As we have seen in recent months, flood defences can be overwhelmed.

Flood defences on average prevent £8 in future flood damages per £1 spent. This is because funding is limited and typically only the best value for money projects are taken forward. The Environment Agency published last February a list of 387 projects that will not proceed at least for the next four years due to a lack of funding, or where more money needs to be found to fund their development.

Perhaps counter-intuitively, if more was spent the average 8 to 1 return on investment would fall. Ideally, every flood defence project that achieves benefits greater than its costs would be funded (by someone, not necessarily Government). If more money were to be spent it would reduce the average rate of return but it would increase the overall value being achieved and the amount of flood damage avoided.

The current ratio implies that each £1 taken from the programme means expected future flood damages will be £8 higher than otherwise. Value for money will be less strong amongst schemes on the margin, perhaps achieving £6 in benefits per £1 spent. But even at this more modest rate of return we can expect an extra £3 billion in avoidable flood damages in future years because spending this period is half a billion pounds behind the identified need. 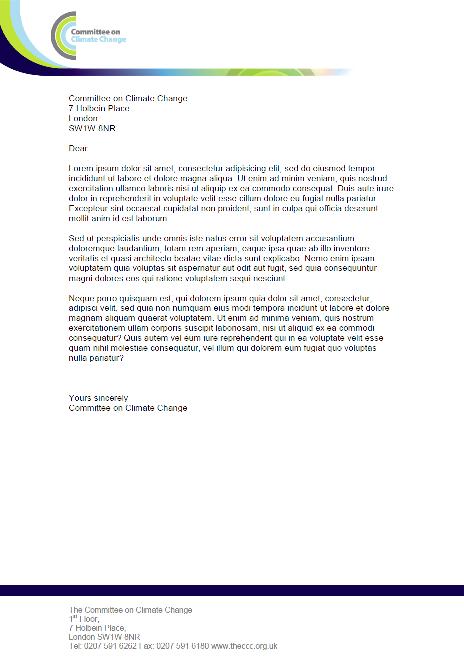