By Michael Grubb, member of Committee on Climate Change 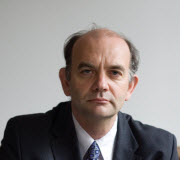 This is an excerpt from review written by Michael Grubb, published in  Nature magazine (NATURE|Vol 465|10 June 2010)

“Pricing Carbon is a long-awaited analysis of the first major attempt to set a price on carbon emissions through the European Union Emissions Trading Scheme (EU ETS). With its empirical focus, this myth-busting book demonstrates the scheme’s achievements and flags its ongoing challenges. These are set out in careful studies by international experts in energy policy and environmental economics, including primary authors Denny Ellerman, Frank Convery and Christian de Perthuis.

The book centres on the first phase of the EU ETS that ran in 2005–07. It explains how the scheme was set up to place a price on carbon by capping carbon dioxide emissions, thus demonstrating a key mechanism in market-based economies.  The EU ETS dwarfs all other similar developments. It introduced a legally binding CO2 cap covering almost half of the emissions from 27 European countries (30 are included in the scheme today) and more than half a billion people. It is also the lynchpin of the Kyoto system of emissions control. As such, the EU ETS has become a political football.

The way in which carbon-trading allowances were allocated remains the most contentious issue.

Pricing Carbon dispatches the widespread assumption that this surplus of allocations implies that the scheme has not cut emissions. The book estimates that the EU ETS saved 120 million to 300 million tonnes of CO2 over those three years — an overall reduction in emissions of up to 5%.

However, there is a gap here in the book’s discussion. I have argued elsewhere that there is an intrinsic risk in trading systems of giving away too many emission allowances. This is suggested by four pieces of evidence: a historical tendency to inflate projections of industrial emissions; the inherent advantages that industry has in the bargaining process; past experience in setting industry emission targets; and the accumulating history of cap-and-trade allocations.

It is a pity that the book doesn’t examine the nature and cause of the first-phase permit surplus more closely — although it is comforting to find that it didn’t matter as much as common sense would suggest”.