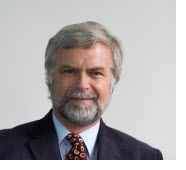 By Professor Jim Skea, Committee member and member of the IPCC Bureau.
Boredom, frustration, tense debates over drafting. No, absolutely not another CCC meeting. This was 11 days of back-to-back meetings of the Intergovernmental Panel on Climate Change which I recently attended in Abu Dhabi. The task of the first meeting was to sign off the Special Report on Renewable Energy and approve, line-by-line, a Summary for Policymakers. The four-day meeting finished 12 hours late with the gavel finally banging down at 6:19am on the morning following the final day (the authors were recording this for their sweepstake).

While such a process is inevitably drawn out, two factors slowed things down. First is the patchy ability of scientists to communicate clearly, without the faintest whiff of policy prescription as required by IPCC. Many delegations with a good command of English are expert wordsmiths and want to spend time improving text. Others, for whom English is not their primary language, find tortured syntax and unfamiliar phraseology difficult to accept.

The second factor is the tendency of some delegations to bring in negotiating positions relating to the UN Framework Convention or WTO. This results in sometimes tendentious propositions that certain sentences and phrases be added or omitted. But the end result was, I believe, a final text that preserved its scientific integrity and was better than the one that we started with. Unreasonable country positions tended to be cancelled out and robust push-back from authors sometimes helped.

In spite of the topic, the second meeting was easier. This addressed IPCC’s response to the InterAcademy Council’s report on IPCC’s workings. Four task groups  – on governance, procedures, conflict of interest and communications – had been  working up draft proposals for several months. Most of the business at the meeting was conducted in parallel “contact groups”. While there were sticky issues, each group made steady progress, though not all of the work was completed at the meeting. For example the conflict of interest group did not have time to agree a disclosure form or the full arrangements for operating the policy. Some tricky cultural issues needed to be unpacked to get agreement on the policy itself. In retrospect, four days was not enough to complete the work. The mandate of some of the Task Groups has been extended until the next plenary session.

And how has this been perceived in the wider world? Is IPCC climbing out of the hole it fell and partly dug itself into? Inevitably, the blogosphere has been searching for conspiracies and hidden meanings in every parenthesis and subjunctive clause. (Though frankly the prospect of 100+ country delegations concocting a conspiracy is as remote as the crowd at a Man City-Man U game reaching a consensus on who should win). But the mainstream media reporting of the outcome of both meetings was generally fair.

Maybe IPCC has turned the corner. But it will be difficult. In 2009, 8,300 journal articles had the term “climate change” in the title. And the rate of publication is growing at 15% p.a. The challenge will be to avoid drowning in process while complying with IPCC’s increasingly rigorous procedures.