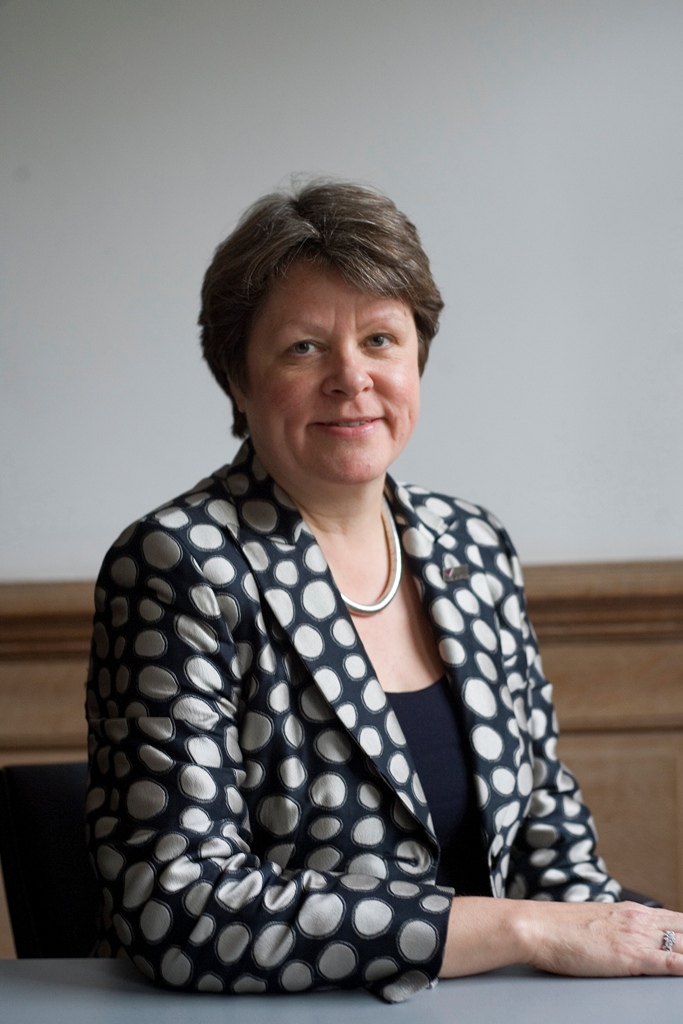 The Baroness Brown of Cambridge

Baroness Brown of Cambridge, Professor Dame Julia King, has been appointed as the next Chair of the Committee on Climate Change’s Adaptation Sub-Committee.

Lord Krebs has led the work of the Adaptation Sub-Committee since it was formed in May 2009 – he will step down from both the ASC and CCC at the end of January 2017, after which Baroness Brown will take over on 1 February 2017.

As well as serving as the new Chair of the Adaptation Sub-Committee, Baroness Brown will continue to sit on the Committee on Climate Change.

“Baroness Brown has impressive credentials in a variety of different fields. She demonstrated strong knowledge of climate change issues and considerable skills in collaboration, and inclusivity, which I consider are particularly important attributes in this role. Her skills will be a valuable addition to the ASC and I am confident that, as Chair, she will effectively steer and drive forward the Committee’s work.

‘’I would like to express my sincere gratitude to Lord Krebs for the commitment and leadership he has demonstrated during his time as Chair of the Adaptation Sub-Committee. He has presided over the Adaptation Sub-Committee as it has established itself as a world class authority on monitoring the effectiveness of plans to prepare for climate change and published its first statutory assessment of the UK’s National Adaptation Programme and the recent Climate Change Risk Assessment Evidence Report, as well as non-statutory annual progress reports.’’

“Baroness Brown is an authoritative leader, with a proven track record for engaging effectively across government, parliament and with academic specialists. She also has significant private sector engineering experience and has demonstrated an ability to bring together wide and diverse players to achieve a common goal. She is very well equipped to take the ASC through its next set of challenges.”

Lord Deben, Chairman of the Committee on Climate Change, said:

“I am delighted that Baroness Brown will be taking the helm of the Adaptation Sub-Committee. This is a critical moment in the UK’s ongoing journey to prepare for the impacts of climate change – and we have never had a better sense of the risks and opportunities we face.

“Ahead of the ASC’s next statutory report to Government in June 2017, under Baroness Brown’s leadership the ASC will be conducting vital work to assess just how well the UK is doing to capitalise on the benefits and prepare for the challenges of a warming world. May I also take this opportunity to thank Lord Krebs for his exemplary service, both as Chair of the ASC and as an invaluable member of the CCC. His guidance, experience and challenge will be much missed.”

Responding to news of her appointment, Baroness Brown said:

“I am delighted to be taking on the role of chairing the Adaptation Sub-Committee from Lord Krebs. The opportunity to build on the foundations that Lord Krebs and his committee have laid is both an exciting and a challenging one. I would like to thank Lord Krebs for his support and advice, to date, and in the future, in ensuring a smooth transition and the ongoing impact of the Committee’s important work.”

“I am delighted that Baroness Brown is taking over as Chair of the Adaptation Sub-Committee and I am confident that she will be excellent in the role. I have immensely enjoyed my time as ASC Chair and I wish to thank my colleagues, both the members of the ASC and the Secretariat, for the outstanding work that they have done over the past 7+ years. We have established a rigorous, evidence-based approach to assessing the resilience of the UK to the present and future impacts of climate change. This work is crucial for helping UK governments to prepare for the future.”