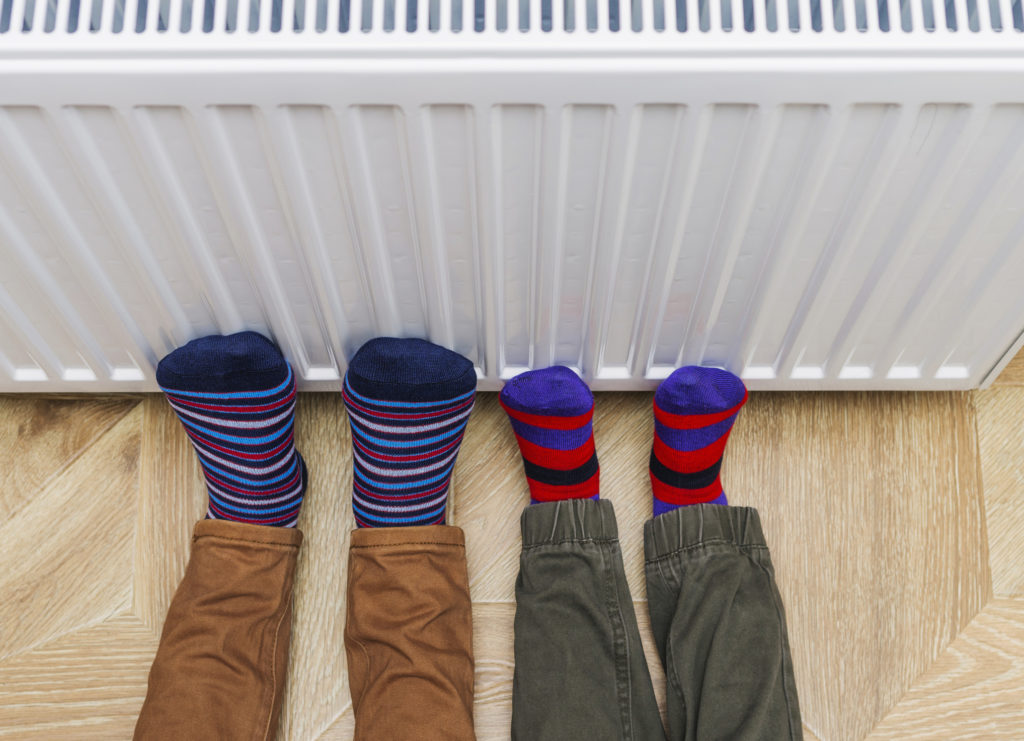 The ‘Beast from the East’ in March 2018 highlighted the challenge of heating UK homes during an extended cold period. Most of this heat was provided by natural gas through the UK’s natural gas networks, which – as a recent UKERC briefing notes – supplied an extra 120 GW of demand over a 3 hour period. This demand is equivalent to 15 million UK households turning their heating from zero to max over three hours, all at the same time.

How will we stay warm as the UK moves away from natural gas and towards low-carbon systems such as heat pumps or hydrogen? The CCC has continually identified the need to reduce emissions from the UK’s buildings – which made up 19% of the UK’s overall emissions in 2017 – in order to meet its decarbonisation targets. This means a combination of making existing and new properties more energy efficient, and finding a low-carbon heat source for 85% of UK households that currently use fossil-fuel based natural gas. These households currently emit around 2tCO2 per household per year – roughly equivalent to a return flight to Argentina – which represents around one tenth of the average UK household’s carbon footprint.

The CCC recently set out its view on alternative pathways for decarbonising heating in its 2016 report, Next Steps for UK Heat Policy. A number of ‘low-regrets’ approaches feature consistently across the different pathways: energy efficiency across UK building stock, low-carbon heat networks in heat dense areas, low-carbon new buildings, and biomethane injection into the gas-grid.

Heat pumps are a low-regrets option in over half of the four million homes not currently connected to the mains gas network, and can be supplemented with a mix of other technologies. Heat pumps:

However, this leaves over 20 million gas-heated homes in areas where heat networks are not cost-effective. For these homes, alternative options are needed which might include electrification using highly-efficient heat pumps together with new generation storage heaters in smaller properties; ‘greening’ the gas supply (e.g. shifting to low-carbon hydrogen), or a combination. Hybrid heat pump solutions may also help, in which the bulk of heat demand is met by electricity, and peak demand met by hydrogen, biomethane or some natural gas.

Recently, the CCC commissioned Imperial College London to explore the challenges around on-gas homes, in particular investigating how low-carbon energy systems could deal with ‘Beast from the East’-style events.

Imperial College evaluated the technical feasibility and overall system costs of three decarbonisation pathways across the electricity and gas systems in the UK: hydrogen, electrification and hybrid heat pumps. Their report suggests increases in energy demand during ‘Beast from the East’ like conditions could be met, whilst reducing overall carbon emissions. In a hydrogen scenario, the gas-grid could provide similar flexibility to what it does today, but with the need for additional storage capacity. In an electrified world, peak heat demand could be met through a combination of increased peak energy generation capacity (burning both fossil and low-carbon gas), ‘smart’ consumption of heat to reduce peaks in demand, and an increase in renewable energy output. In a hybrid heat-pump world, households could meet the bulk of their energy demands using heat pumps, and retain their gas boilers for peak demand conditions. The research presents a few key takeaways:

The finding that overall system costs are similar regardless of the heat decarbonisation pathway is in contrast to previous findings in a 2016 KPMG report, but is in line with more recent work by Element Energy and E4Tech for the National Infrastructure Commission. These costs are also in line with our previous assessments of the costs of meeting carbon budgets.

The challenges of decarbonising the UK’s heating supply is becoming increasingly evident. However, there is a growing body of evidence providing insights into how best to manage the low-carbon transition of heating systems in order to meet the UK’s legally-binding 2050 climate change targets. These studies above are a part of a larger volume of research in this area, including the ongoing Freedom project hybrid heat pump trials, the H21 project, research by the Government’s Department for Business, Energy and Industrial Strategy (BEIS) on low-cost solid wall insulation, and the Government’s heat strategic options publication (due imminently).

The CCC plans to review the implications of these findings in our 2018 report on hydrogen, due to be published this November, as well as our future work on the sixth carbon budget, due in 2020.