The Adaptation Committee published its report on progress in preparing for climate change in July. In a previous blog I gave some high level reflections on the Government’s latest National Adaptation Programme. It’s fair to say that our assessment has some blunt messages about lack of progress and low ambition in England. The progress report has recommendations on urgent priorities for a range of government departments that are affected significantly by the weather; MHCLG, BEIS, DHSC, Cabinet Office, Home Office, DfID, FCO, DIT, and Defra. 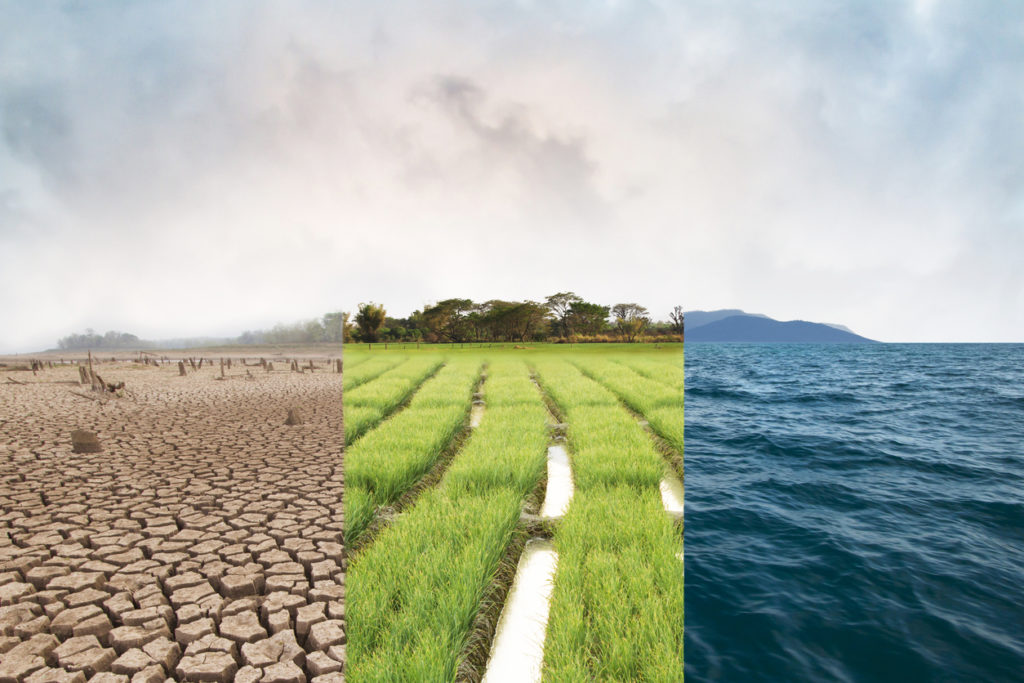 Climate change is cross-Government issue, and there is still much to do to increase the scale of cross-Government coordination and action to reflect that. As a tranche of new Ministers returns from the summer recess to red boxes full of EU-exit briefing, we will be trying to make our analysis heard. All of our key messages and recommendations are important, but here are three messages from the report that should not be lost amongst the din.

The Government’s own Climate Change Risk Assessment, published every five years, sets out the current and future risks (and some opportunities) from climate change. The latest CCRA is based on the CCC’s Evidence Report, last published in 2016 and currently being updated for release in 2021. It is very clear what the risks to the UK are, from extreme heat, flooding, drought, pests and diseases; affecting both people and wildlife. Recent weather events mirror what is expected and have come as no surprise to the climate science community. The UK’s highest ever recorded temperature of 38.7°C was recorded on 25 July in Cambridge, with similar records having fallen in Belgium, Germany, and the Netherlands in the preceding weeks.  Severe storms and flash flooding have occurred in the north-west and Lincolnshire, with knock-on impacts on infrastructure. Last year saw an extended summer drought. All of these impacts reflect the threats facing the UK from higher temperatures, too much and too little water.

Weather in the UK is becoming more extreme, and sea level continues to rise.

To have any chance of meeting the goal of the Paris Agreement (to keep global temperature rise well below 2°C above pre-industrial levels), very ambitious, but very achievable global action to reduce emissions is needed now. To have around a 50% chance of keeping warming below 1.5°C temperature, the latest science suggests that emissions of all greenhouse gases must be reduced and global CO2 emissions need to fall rapidly from today and reach net zero around 2050. The UK’s net zero target represents an appropriate contribution to those global efforts, but it now must be implemented and other countries must follow suit. Actions to reduce global greenhouse gas emissions taken today will have an effect on some climate hazards in the UK within decades, whilst other hazards (such as sea-level rise) will continue to increase for centuries due to time lags in the climate system. It is highly likely that average annual temperatures in the UK by 2050 will rise by between 0.5 to 2.7°C above a 1980-2000 baseline period, depending on the pathway of global emissions.  What happens beyond 2050 will be influenced even more strongly by global mitigation efforts.

Global average temperature is already around 1°C above pre-industrial temperatures, and rising. Not only do we need to plan adaptation strategies for 2°C, but also for 4°C, which could still be reached based on extrapolations of future global emissions consistent with recent trends. There are going to be limits to adaptation at 4°C, where no action is enough to manage the risk. There also remains the very real risk of triggering ‘global discontinuities’ or tipping points.  The widespread fires happening across the Arctic, and high mortality observed in reindeer populations this summer, may just be a worrying and sad taste of what is to come at higher latitudes, where warming has been much larger than the global average. Many of the tipping point effects we know about relate to the poles. The CCRA has a section on ‘climate surprises and missing processes’ such as rapid arctic ice melt and methane release from permafrost, but we know that these risks are overlooked in planning at the moment, and this needs to change.

There has been a marked erosion of resourcing for adaptation in England since 2009. Following the publication of the 2009 UK Climate Projections, the Prime Minister asked sixteen departments to produce Departmental Adaptation Plans, which were published in 2010. These Plans contained a detailed assessment of the adaptation plans and policies of each department; something that has not been replicated in the subsequent two iterations of the National Adaptation Programme in 2013 and 2018. Government funding for adaptation support services in England – for the UK Climate Impacts Programme between 1997 and 2009, Climate Ready service between 2010 and 2017 and the nine Regional Climate Change Partnerships – has ended. Dozens of officials worked in the climate team in Defra, and with other departments to create the first NAP in 2013. This was still far fewer than the hundreds working on mitigation in the Department of Energy and Climate Change, but there was a definite upward trajectory. Only a handful of officials existed in the same team in 2018.  A team of this size cannot coordinate and support adaptation policy effectively across Government. A team of any size cannot put in place the policies needed without support and direction from Ministers and senior officials.

Adaptation should be a no-brainer. It is sustainable development.  It is going to be essential for meeting Government goals on health, biodiversity, and supporting the economy. Alongside efforts to reduce emissions, we should be seeing much greater uptake of measures like passive cooling in new and existing homes, urban greenspace including green sustainable drainage, property-level flood resilience; managed realignment of the coast; habitat restoration; monitoring of pests and disease risks; water efficiency; business continuity planning; and ongoing monitoring and data collection.

We have been saying the same simple message, over and over, for years, and will keep saying it long after the tumult of EU-exit has died down.