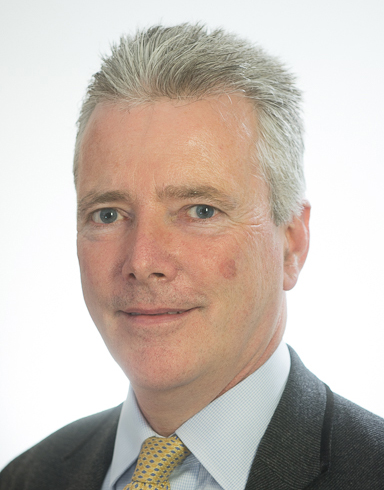 Adrian Gault, one of the Committee on Climate Change’s (CCC) longest-serving members of staff, has been awarded an OBE in the New Year Honours list.

Adrian served as the Committee’s Chief Economist for a decade, until summer 2019, and as the CCC’s interim Chief Executive on two occasions for extended periods.

During his time at the Committee, Adrian has played a key role in developing the CCC’s rigorous approach to research and analysis. He oversaw the economic analysis underpinning two carbon budgets, and was instrumental in delivering 10 annual progress reports to Parliament. In all, he has worked for two CCC Chairmen and contributed to over 50 CCC publications. He is now the Committee’s Chief Assurance Officer.

Reacting to the news, Adrian Gault said: “I am surprised, delighted and immensely proud that our work at the Committee on Climate Change has been recognised with this OBE. My contribution is just part of the CCC’s story, and I’m grateful to have worked with so many talented people during my time here. It has been a privilege to work in this area – efforts to tackle climate change have never been more urgent or important – and I look forward to continuing to play a role in the vital year ahead, as we head towards the next major climate summit in Glasgow in 2020.”

Chris Stark, the CCC’s Chief Executive, said: “I would like to congratulate Adrian on this hugely well-deserved award. Adrian has guided the Committee’s work since its early days and I have no doubt that the CCC’s many achievements are due in large part to Adrian’s ability to consistently challenge and interrogate the evidence. I know Committee Members, staff and everyone who has  worked with Adrian over the years will join me in thanking him for his dedication, his insight, and above all, his trusted advice.”