The Committee on Climate Change (CCC) is deeply saddened by the death of Professor Dame Georgina Mace, a member of its Adaptation Committee. 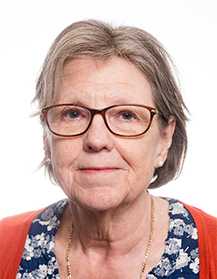 Professor Mace joined the CCC in January 2018 to lead the Committee’s work in assessing the impacts of climate change and adaptation responses on the UK’s natural environment.

During her time at the CCC, Georgina steered the Committee’s analysis on the natural environment for major progress reports on adapting to climate change in England and Scotland. She also oversaw the work for a ground-breaking report on land use in 2018, and was undertaking new work to help the Committee improve how it measures changes in the natural environment linked to climate change. She was a pivotal member of the team preparing the third landmark assessment of UK climate risk, due to be published next summer.

Georgina has been one of the world’s most respected voices on the science of conservation biology. She was President of the British Ecological Society, President of the Society for Conservation Biology, a Fellow of the Royal Society, and Professor of Biodiversity and Ecosystem Change at University College London. She was well known globally for leading the science behind the IUCN Red List of endangered species, as well as contributing to the Millennium Ecosystem Assessment and the UK’s National Ecosystem Assessment.

“I am deeply saddened by the death of our dear colleague and friend, Georgina Mace. Georgina’s unrivalled knowledge and razor-sharp intellect informed all aspects of the Committee’s work on climate change adaptation – from adaptation in the natural environment, to how to detect and measure changes in climate impacts, to championing a multi-disciplinary approach to our work, blending the natural sciences and economics. She consistently challenged us to think more logically, more analytically, and our advice to Government has been all the better for it. She was a true leader of British science and we will all miss her terribly. I know the entire Committee would like to express its deepest sympathies to Georgina’s friends and family at this time.”