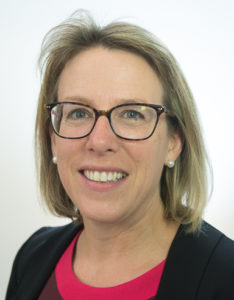 Dr Becky Heaton is to step down from her role on the Climate Change Committee (CCC) after more than four years of service.

The announcement comes ahead of Dr Heaton’s appointment as Director of Sustainability at the renewable energy company, Ovo, later this summer.

Becky joined the CCC in early 2017, leading its work on the role of business in the UK’s Net Zero transition and acting as the Committee’s champion for Wales, where she has lived for many years.

Dr Heaton said: “It has been the privilege of my career to serve on the CCC and I am immensely proud of the work that we have done to raise climate ambition across the UK since 2017, including advising on the adoption of the landmark Net Zero target and the world-leading Sixth Carbon Budget. I owe a debt of gratitude to the dedicated Secretariat for the outstanding insight, analysis and rigour of their work. I am also grateful to my fellow Committee members for their diverse and rich contributions to our deliberations, and to the Government and politicians of all parties who have set aside political expediency to embrace our ambitious and often challenging recommendations.”

Chairman of the Climate Change Committee, Lord Deben, said: “I am immensely grateful to Becky Heaton for her exemplary service. She has brought such insight to our work, helping us to understand the challenges that businesses face and the many benefits they can bring as the UK seeks to clean up its economy. Her work as champion for Wales has also given us a much-improved understanding of the unique Welsh context as it seeks to reach Net Zero emissions by 2050. Beyond that, Becky’s deep knowledge and experience has proven invaluable and I would like to thank her sincerely for her dedicated commitment to delivering the highest standard of independent advice to Government on climate change.”

The CCC’s mitigation committee advises the UK and devolved Governments on reducing emissions across the economy. Appointments are made by the Secretary of State for Business, Energy and Industrial Strategy (BEIS) in collaboration with their counterparts in Scotland, Wales and Northern Ireland. A new member to continue Dr Heaton’s work will be sought in due course.