The Adaptation Sub-Committee (ASC) of the Committee on Climate Change reports to Parliament every two years on the Government’s progress in preparing the UK for the impacts of climate change, by delivering the National Adaptation Programme (NAP).

The NAP focuses on the whole of the UK for a small number of reserved policy areas (issues on which only the UK Parliament can make laws), and focuses on England for devolved matters, which make up the majority. This is because the Devolved Administrations (Scotland, Wales and Northern Ireland) make policy independently on devolved matters.

The ASC was also asked by the Scottish Government to provide an interim assessment of the Scottish Climate Change Adaptation Programme, which was published in 2016.

The ASC’s second report to Parliament on the National Adaptation Programme (NAP) was published in June 2017, and followed an initial assessment in 2015. The key findings of the ASC’s evaluation of the NAP are:

Prior to 2015, the ASC produced a series of non-statutory reports that assessed progress in preparing for climate change in key sectors:

To assess the UK’s progress in preparing for climate change, the ASC uses a variety of indicators that measure changes in society’s exposure and vulnerability to climate-related risks, and the uptake of adaptation actions. The ASC also analyses decision-making in key organisations to assess if the amount of adaptation occurring is sufficient to address climate risks, now and in the future. More detail on the adaptation assessment toolkit can be found in the ASC’s 2011 Progress Report. Data on indicators and background research are also published alongside each report. 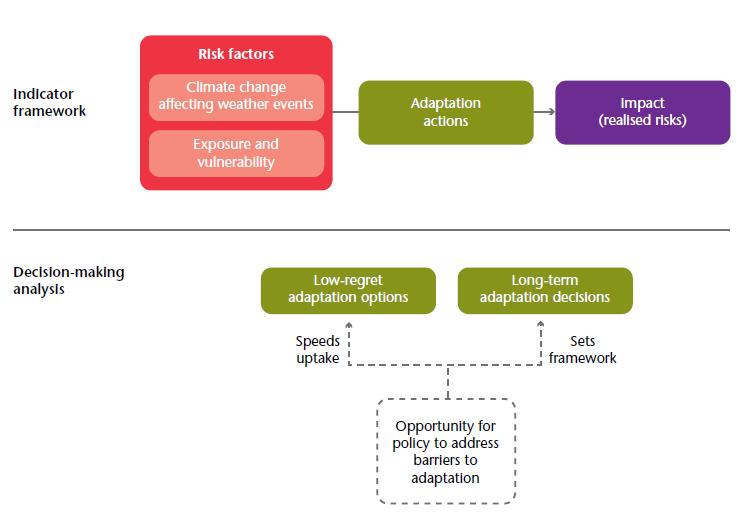