A letter from Lord Deben, Chairman of the Committee on Climate Change (CCC), and Baroness Brown of Cambridge, Deputy Chair of the CCC, to Chris Grayling MP, Secretary of State for Transport, about the Airports National Policy Statement.

It sets out the Committee’s: 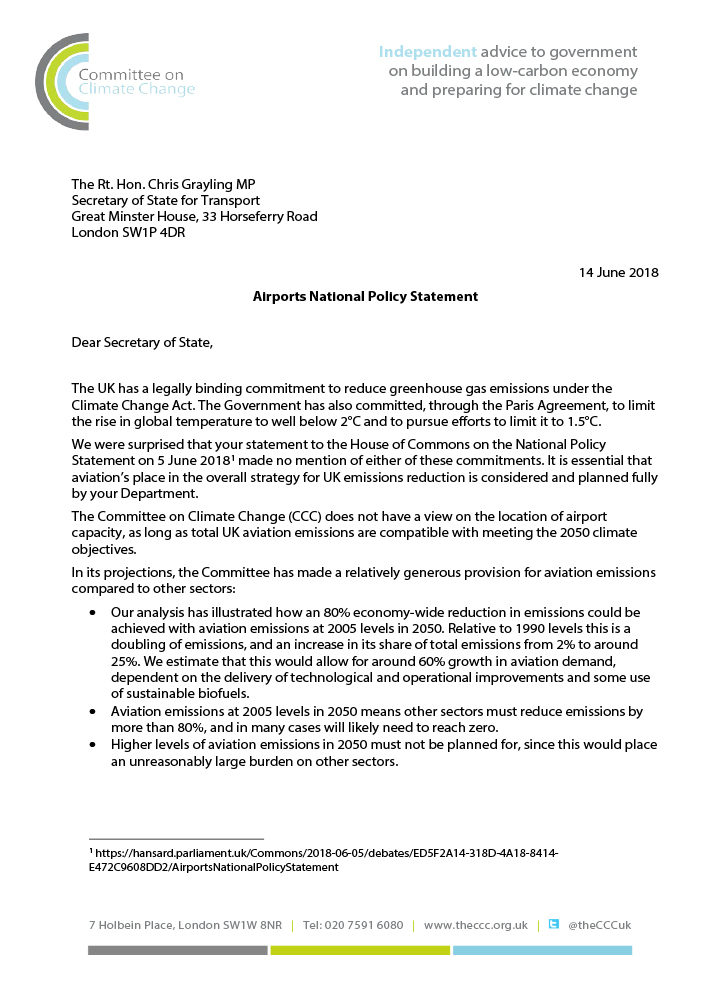