COP26 in Glasgow marked a step forward in global efforts to address climate change, including a material increase in ambitions to reduce emissions across the world, finalisation of rules on reporting emissions and international carbon trading, and the launch of a range of new initiatives and sector deals. How far this can be considered a success will depend on follow-up actions over the coming year and beyond.

This briefing takes stock of global progress after COP26 and identifies key actions for the UK in response, both at home and internationally.

The Glasgow Climate Pact requested that all countries revisit and strengthen the 2030 targets in their Nationally Determined Contributions (NDCs) to align with the Paris Agreement temperature goal in the coming year. The UK should focus its efforts on strengthening delivery rather than increasing its headline target, and seek ways to supplement current plans, including by taking more action to tackle its consumption emissions.

The UK continues to hold the COP Presidency for the next year until COP27 in Egypt. It has a vital role in driving progress in this period and beyond across mitigation, adaptation and finance. This in turn will support the UK’s climate goals at home. 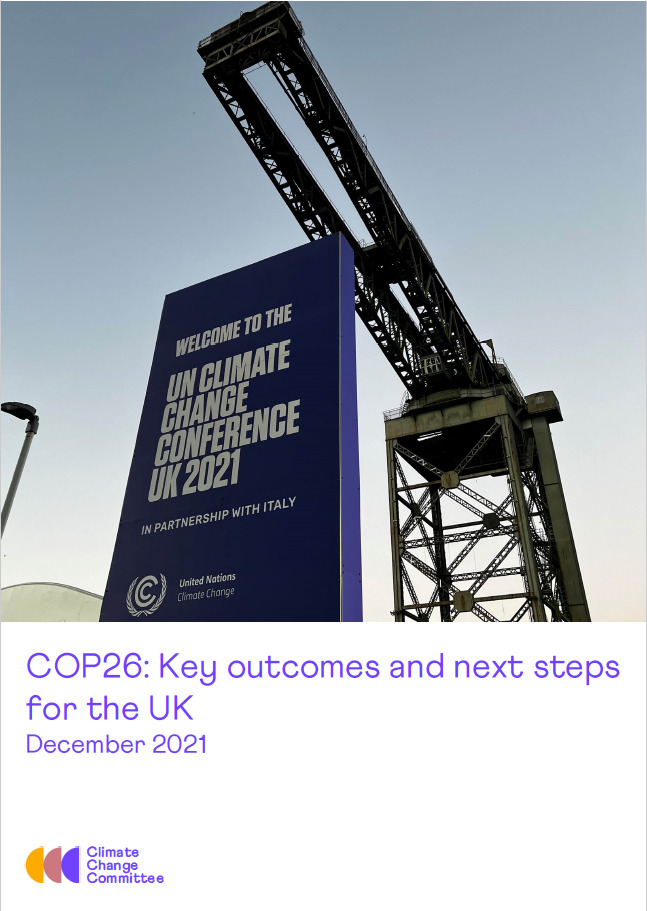