Alongside our work for the Sixth Carbon Budget the Climate Change Committee (CCC) commissioned Cambridge Econometrics to run their E3ME model, which replicated activity across the whole economy using our Balanced Pathway, and compared this to a world with no further climate action. In order to simplify assumptions this modelling assumed that the majority of increased costs incurred to pay for decarbonisation were paid through increased taxation, and no impacts of COVID-19 (e.g. higher unemployment) were considered.

The results show that despite there being an overall cost in bringing about the technologies to reduce carbon emissions, there is an increase in economic prosperity, in terms of an aggregate increase in GDP, jobs and real disposable incomes. In particular, this is due to:

Overall, the increased level of economic output, as measured by GDP, creates demand for additional employment both in low-carbon jobs, and in the wider economy, as a result of increased GDP. Over the projection period employment is around 1% higher, equivalent to around 300,000 jobs.[1] As increased costs are assumed to be paid through increased taxation, the transition is progressive, and leads to increased income across all income brackets (including through paying less for electricity).

The study presents a simplistic illustration of what a transition to Net Zero could look like for the UK, and key limitations include not having assessed multiple alternative pathways, not considering the near-term impacts of COVID-19 (which would likely reinforce the results, driven by increased spare capacity in the economy), and major uncertainties such as fossil fuel prices, and different levels of climate action in other countries were not considered.

[1] This figure represents a net increase in employment, recognising that there is a reduction in employment in some sectors, such as refining, and an increase in others such as manufacturing and construction 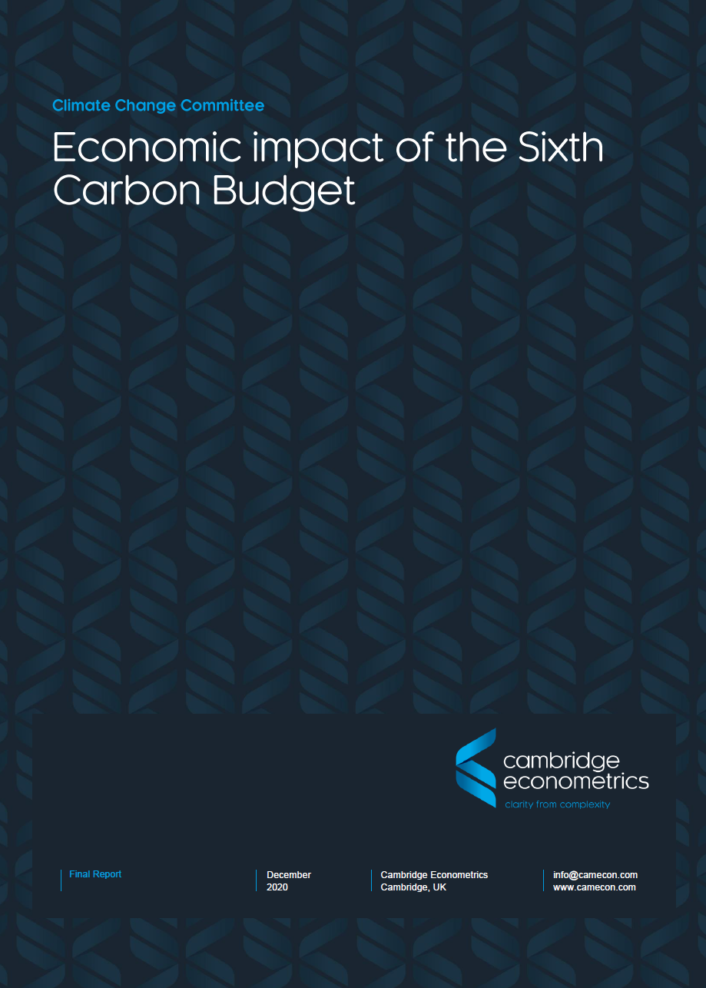