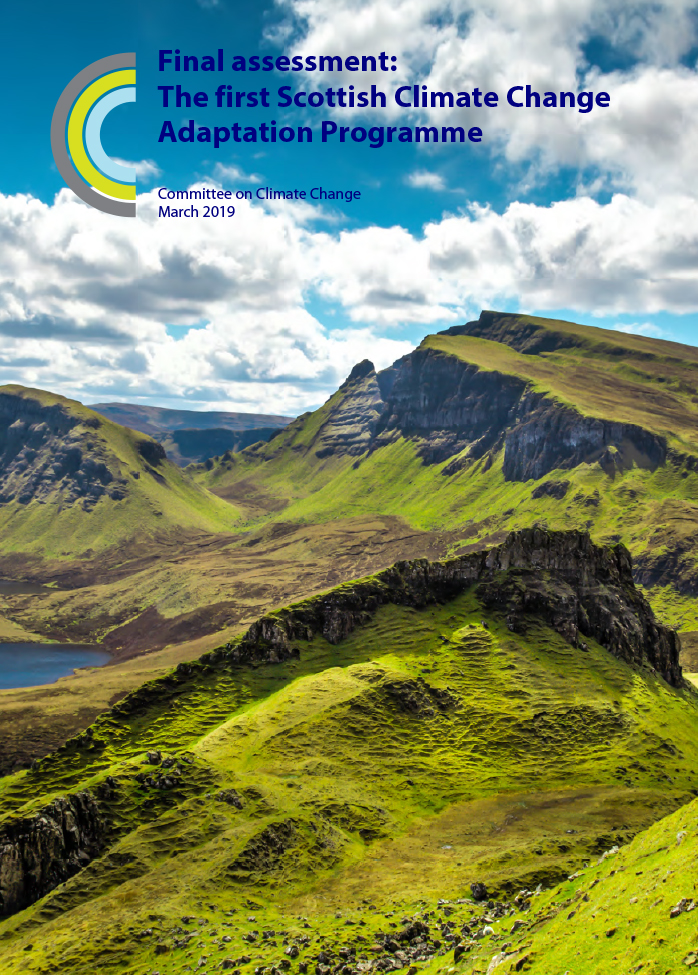 The assessment focuses on what has changed since the Committee’s first assessment in 2016, in implementing policies and actions set out in the SCCAP and in managing Scotland’s vulnerability to climate risks.

The key findings are:

The Committee expects its findings to be considered in the next iteration of the Scottish Government’s SCCAP, which is due to be published later in 2019.