This report by Cambridge Econometrics was produced to support Reducing UK emissions: 2019 Progress Report to Parliament, the Committee’s annual update which assesses how well the UK is doing when it comes to reducing its greenhouse gas emissions.

The research provides supporting information for Chapter 4 of the above-mentioned report. It considers how far key factors, such as GDP and fossil fuel prices, contributed to UK emissions coming in below the level of the second carbon budget (2013-2017).

The key message from the study is that, had the EU ETS cap and economic conditions been in line with expectations when the second carbon budget was set, the budget would have been missed. This indicates that the budget was not met due to policy over-performance. The study also includes some ‘lessons learned’ for future carbon budget setting, including the appropriateness of carrying forward emissions surpluses. 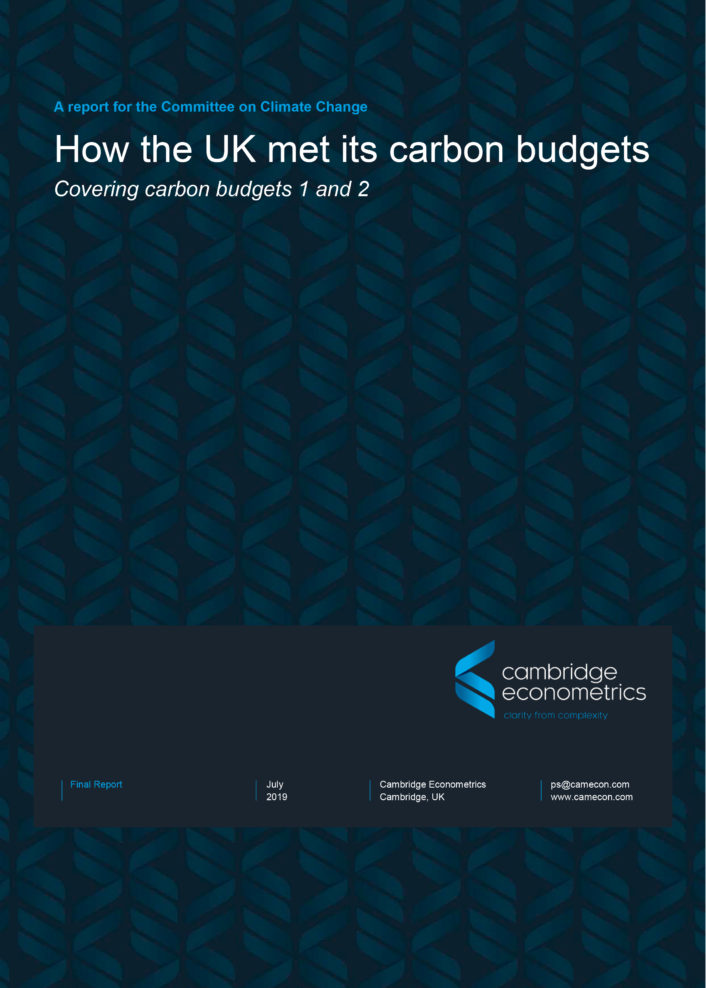