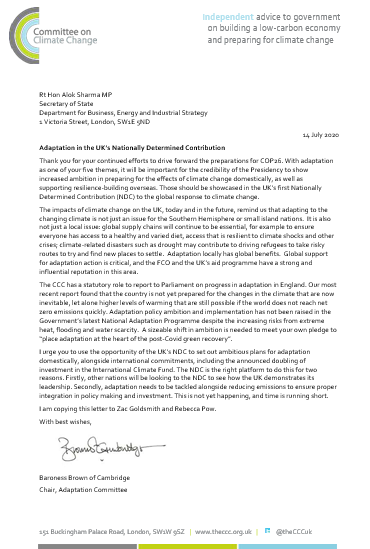 This is a letter from Baroness Brown, Chair of the Adaptation Committee to Rt Hon Alok Sharma MP about adaptation in the UK’s Nationally Determined Contribution as the preparations for COP26 continue.