This is a letter from Lord Deben, Chairman of the Committee on Climate Change, and Baroness Brown, Chair of the CCC’s Adaptation Committee, to new Prime Minister, Boris Johnson. The letter provides the Committee’s assessment of the priorities for the new Government to reduce UK emissions and prepare for climate change.

Government actions in the coming year will define the UK response to the climate crisis. “As host of next year’s UN Climate Summit in Glasgow, the steps we take in the next 12 months will also have a lasting global impact”, the Chairs write. “In this Parliament, the UK must get on track to delivering Net Zero emissions, and adapt to the climate-related changes we are experiencing.” Prime Minister Johnson responded to the Committee’s letter on 28 January 2020.

The CCC’s recent assessment of UK action to adapt to climate change concluded that the UK is worryingly unprepared for the changes ahead. The  Committee’s letter set out how the Government can act to: 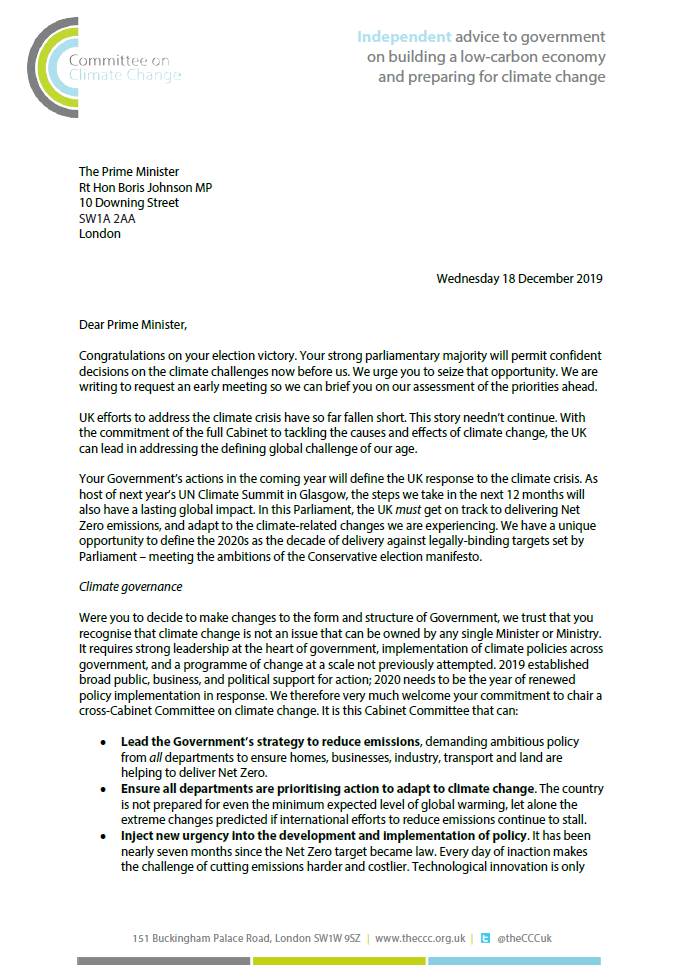