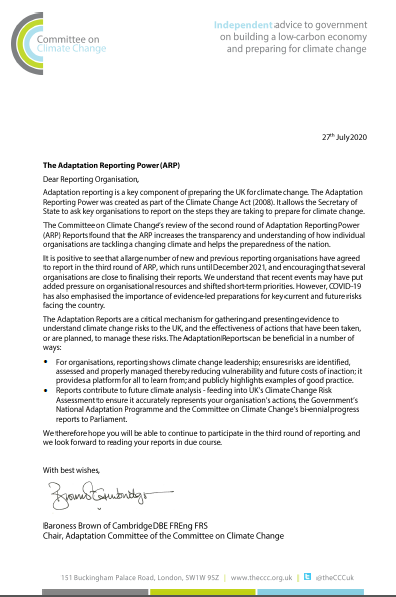 This is an open letter from Baroness Brown, Chair of the Adaptation Committee of the Committee on Climate Change to all reporting organisations covered by the Adaptation Reporting Power (ARP). The ARP was created as part of the Climate Change Act 2008. It allows the Secretary of State to ask key organisations to report on the steps they are taking to prepare for climate change.

The Committee’s letter states that: