However these levers alone are unlikely to be sufficient to deliver local authorities’ Net Zero ambitions, due to gaps in powers, policy and funding barriers, and a lack of capacity and skills at a local level. Additionally, without some level of coordination from Government, the UK risks pursuing a fragmented strategy towards Net Zero.

Alongside our work on the Sixth Carbon Budget, the Climate Change Committee (CCC) are publishing an accompanying report on the role of local authorities in delivering the UK’s Net Zero ambition. The report aims to provide a framework for aligning climate action at the local level with the CCC’s pathways for the UK, as well as recommendations for local, regional and national Governments aiming to remove barriers to delivering local climate action in the UK. 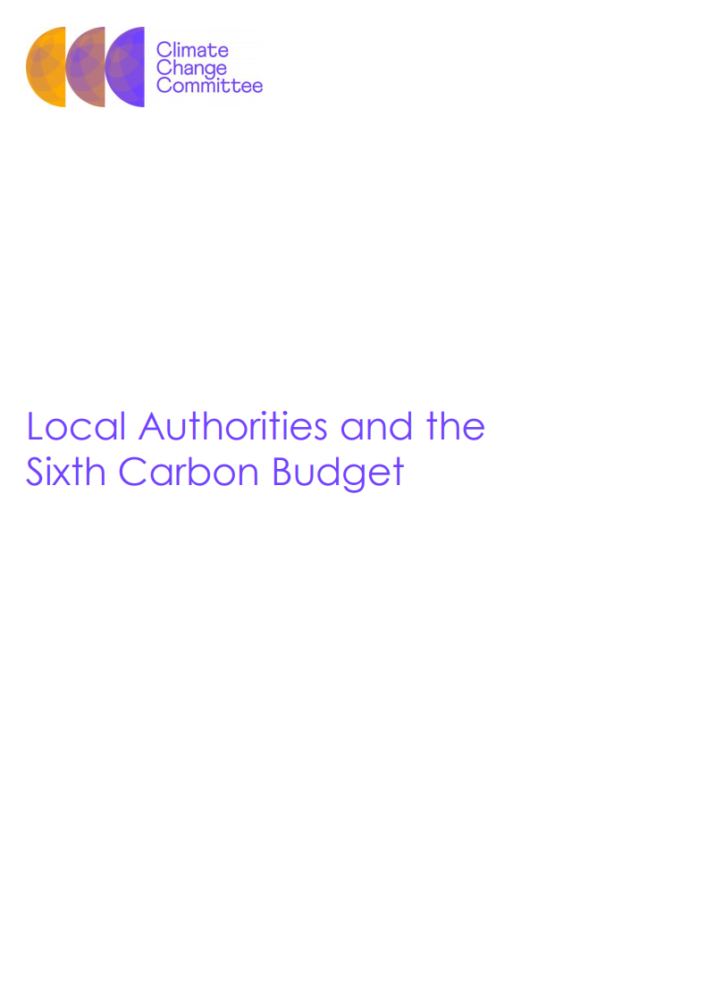