This is our second report on Scotland’s progress towards meeting emission reduction targets, as requested by Scottish Ministers under the Climate Change (Scotland) Act 2009.

At the time of our first progress report in January 2012, emission data for the first target year (2010) was not yet available. Our report instead focussed on the extent of underlying progress towards the targets through the implementation of policy to drive emission reduction measures. The overall conclusion was broadly positive, particularly in key sectors such as power and buildings. However we noted the significant challenges involved in meeting the ambitious targets set in Scotland, and the need for further policy development for these to be achieved.

In this report we assess:

The advice is summarised in a letter to Paul Wheelhouse, Minister for Environment and Climate Change 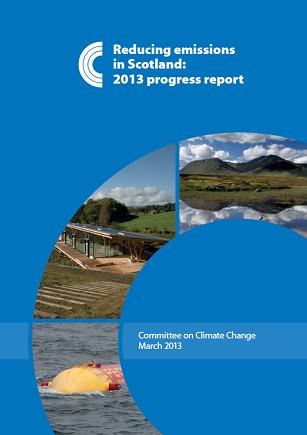