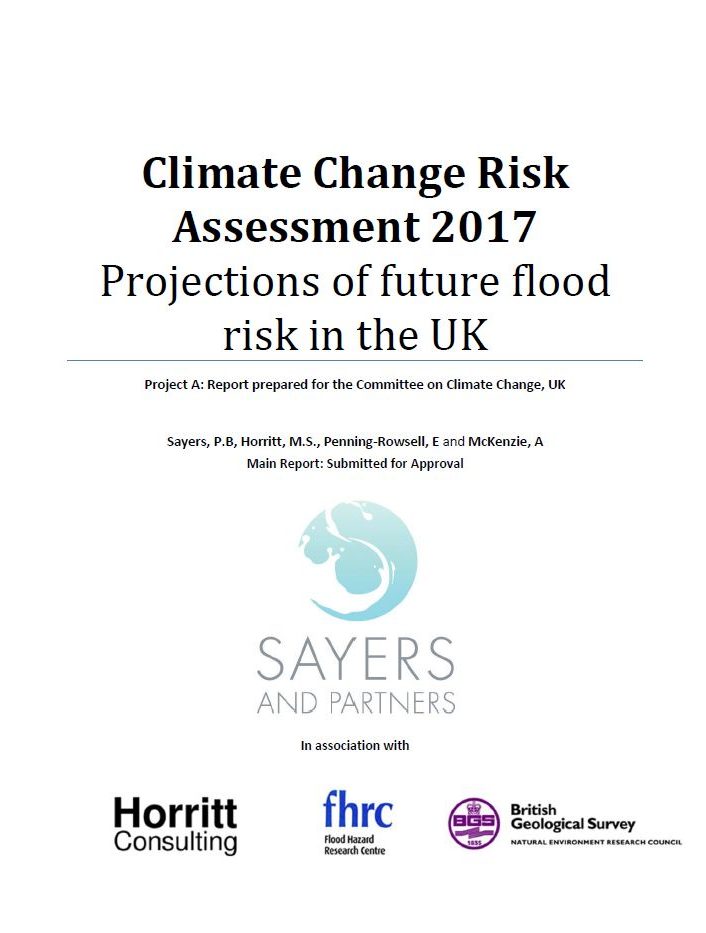 This research project considers projections of future flood risk for the UK. It was commissioned by the Adaptation Sub-Committee to inform its work on the 2017 UK Climate Change Risk Assessment evidence report.