In late 2019, the Committee launched a Call for Evidence to inform its advice to the UK Government on the Sixth Carbon Budget, due to be published in December 2020. In addition, the Committee sought input on Wales’ third carbon budget and interim emissions targets. These summary documents – one for the Sixth Carbon Budget and a second covering Wales’ carbon budget and emissions targets – provide an overview of the 170+ responses received, along with the original submissions which are also published below.

As background, in 2019 the UK Government and Parliament adopted the Climate Change Committee’s (CCC) recommendation to reduce UK emissions of greenhouse gases (GHGs) to Net Zero by 2050 (at least a 100% reduction in emissions compared to 1990 levels). The Climate Change Act 2008 requires the Committee to provide advice to the Government about the appropriate level for each carbon budget (sequential five-year caps on GHGs) on the path to the long-term target. To date, in line with advice from the Committee, five carbon budgets have been legislated covering the period to 2032. The Sixth Carbon Budget covers the period from 2033-37.

The Call for Evidence received 177 responses from across business and industry, NGOs, academia and from individuals. All submissions have been standardised and personal information removed. For queries about submissions to the CCC, please contact the individual organisation. In summary:

Read the Summary of responses to the Call for Evidence on Welsh emissions targets.

6. Other and individual respondents 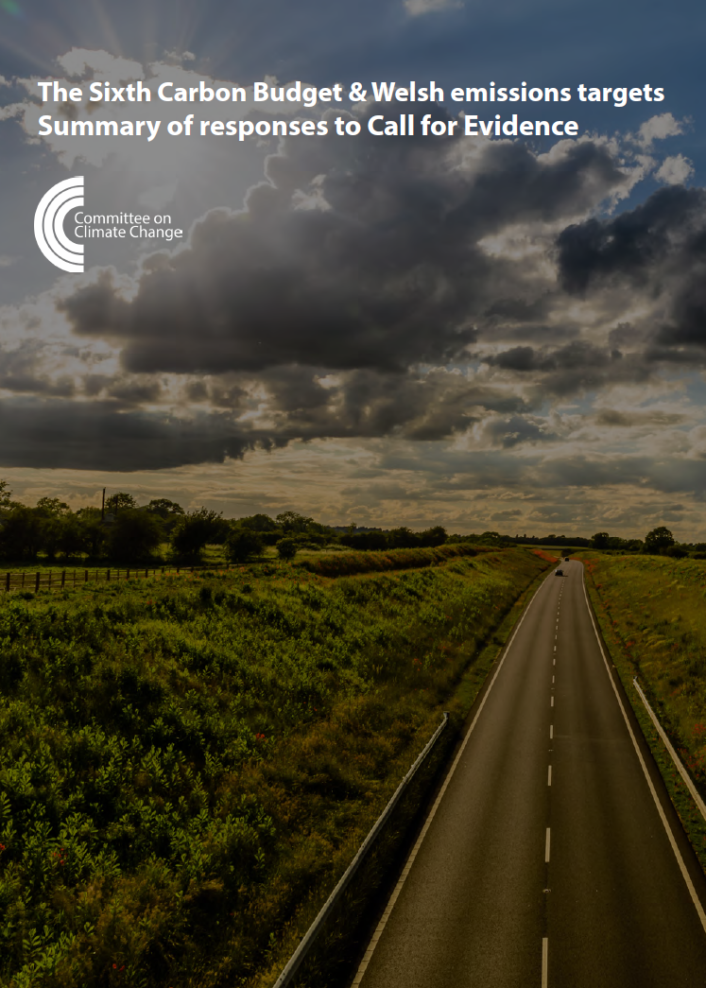