With closures of steel plants announced in 2015, the competitive position of energy-intensive industries in the UK has been under scrutiny. Policies to reduce carbon emissions, which have increased electricity costs to industry, have been amongst the concerns said to have contributed to problems at UK plants.

The Committee on Climate Change previously looked at the issue. In our 2013 assessment of competitiveness risks we concluded that low-carbon policies had not caused any significant relocation to that point. Looking forward, we recognised that it is important that increased energy costs due to low-carbon policies should not be allowed to result in offshoring of UK industry.

In our 2015 progress report to Parliament we noted that government plans to support affected sectors should offset up to around 80% of the costs resulting from measures to support low-carbon electricity investment.

This technical note sets out the key factors contributing to the decline of UK steel production. 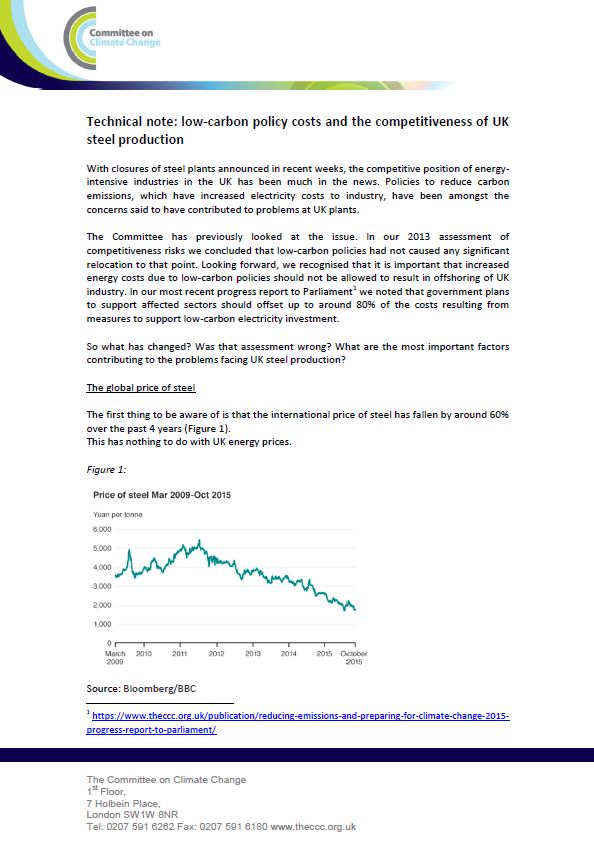