The intention is that this new report will be included in an evidence paper to be submitted in January 2016 on the case for bringing forward Northern Ireland climate change legislation in the next Assembly term.

To determine whether a Northern Ireland Climate Change Act would be appropriate, the Committee considered:

The Committee concludes that: 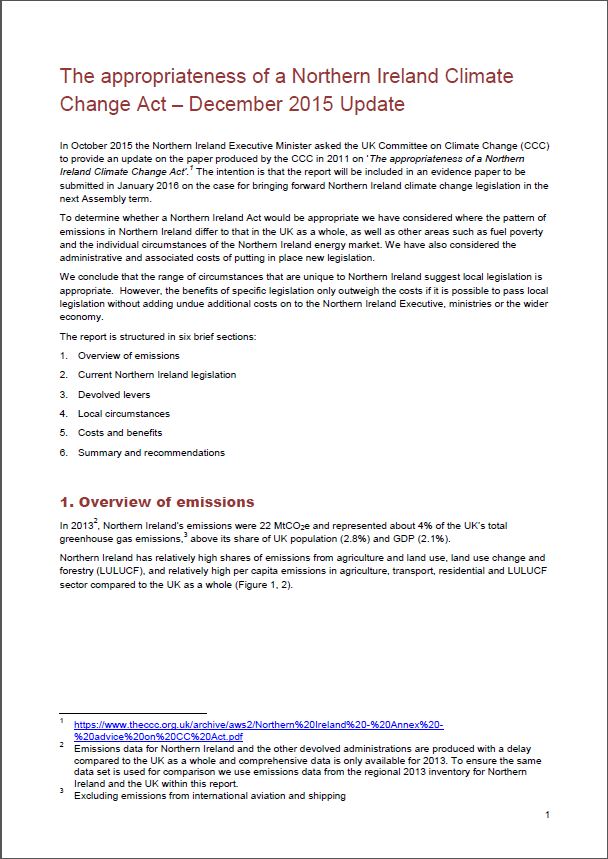