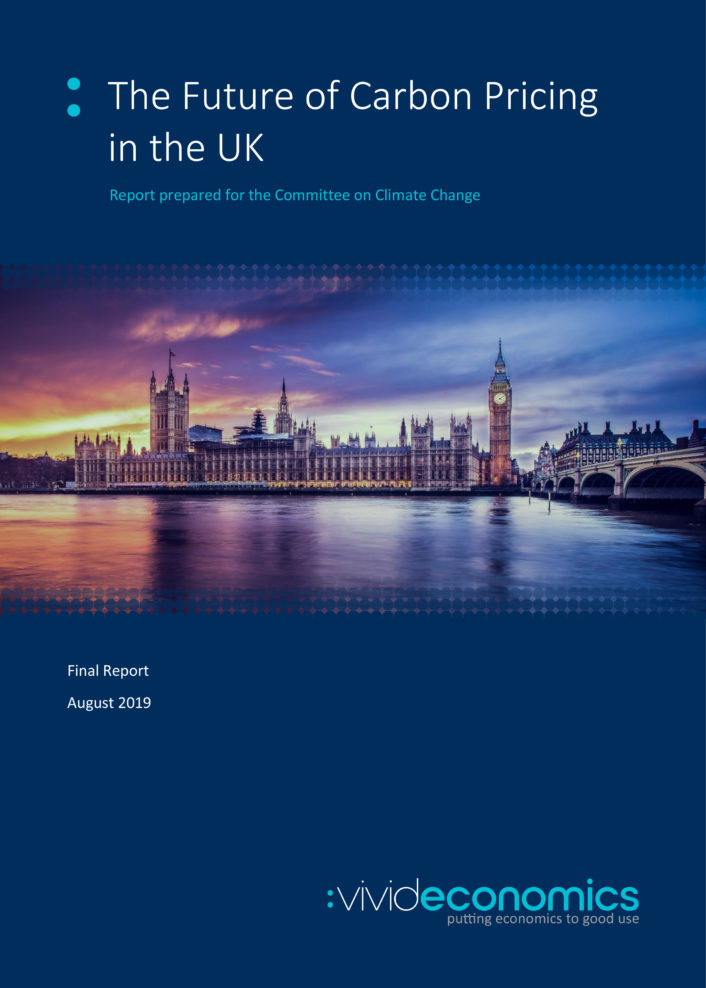 This report, by Vivid Economics, accompanies advice from the Committee on Climate Change about the future of the EU’s Emissions Trading System (EU ETS). The Committee’s advice, in the form of a letter and accompanying annex, was sent to the UK Government, national Governments in Scotland and Wales, and senior officials in Northern Ireland in August 2019.

The report presents a number of findings on the future of carbon pricing in the UK:

It then makes a series of recommendations for policy design.