These two joint reports, required under the Environment (Wales) Act 2016, provide ministers with advice on Wales’ climate targets between now and 2050, and assess progress on reducing emissions to date. Our advice to the Welsh Government is set out in two parts:

This work is based on an extensive programme of analysis, consultation and consideration by the Committee and its staff, building on the evidence published last year for our Net Zero report. It is compatible with our advice on the UK’s Sixth Carbon Budget. In support of the advice in this report, we have also published:

Advice Report: The path to a Net Zero Wales

Wales should set and pursue an ambitious Net Zero target in 2050. We have also recommended a challenging set of interim emissions targets on the pathway to a Net Zero Wales. This will require action in four key areas:

Emissions fell by 20% in just two years from 2016 to 2018, with the closure of Wales’ last coal-fired power station. Despite good progress, Wales is not yet on track to meet its existing, less stringent, 80% emissions target. A cohesive, economy-wide strategy for 2050, that ties in with UK-wide plans, is urgently needed if Wales is to reach Net Zero by that date.

The supporting research for the Sixth Carbon Budget is also relevant to this analysis and can be found at this link. 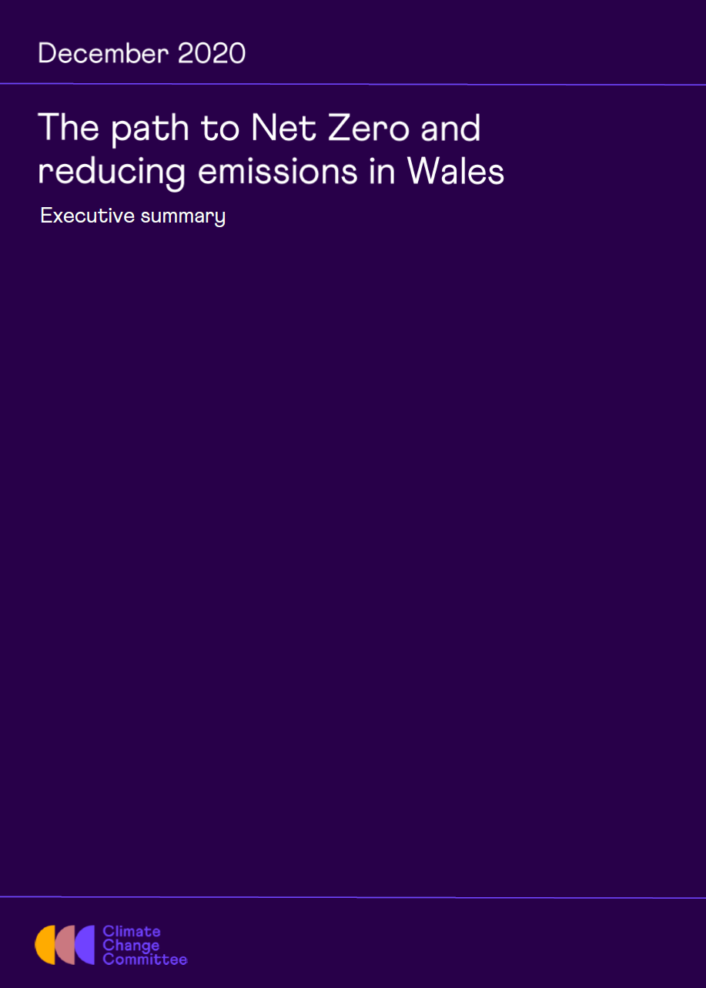