The Adaptation Reporting Power (ARP) was established under the Climate Change Act to help understand climate risks and progress in adaptation. It enables the UK Government to request reports from critical infrastructure providers on the current and predicted effects of climate change on their organisation; their proposals for adapting to climate change; and progress made towards their implementation. The ARP is a key element of the adaptation policy cycle and provides a unique source for understanding the UK’s infrastructure-related climate risks.

This is the CCC’s report on the third round of the Adaptation Reporting Power (ARP3). We were commissioned by the Department for Environment, Food and Rural Affairs (Defra) to undertake an evaluation of ARP3, to assess the extent to which the ARP3 returns meet the requirements set out in the Act and the objectives and principles in Defra’s strategy for this round.

The third reporting round (ARP3) concluded in December 2021. Like the previous round five years earlier, participation from invited organisations was voluntary. Around 80% of the organisations invited to report have submitted reports and feature in this assessment. This includes organisations in the electricity, water, gas, road, rail, airports, ports, lighthouses, and digital sectors.

To note: SES Water (Sutton and East Surrey Water) is erroneously included in the list of non-reporting organisations in Table A2, however they did submit an ARP3 report to Defra in December 2021 and are included in this evaluation. 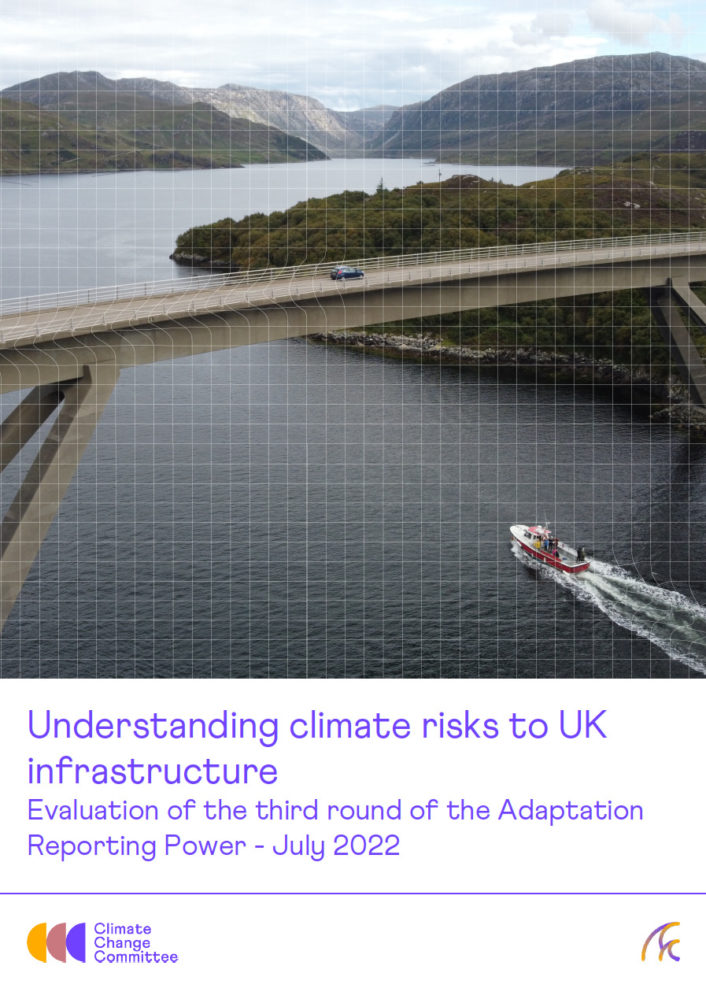