In 2019, the UK Government and the devolved administrations committed to the Net Zero target as recommended by the Climate Change Committee. Reaching net-zero greenhouse gas (GHG) emissions requires extensive changes across the economy, but the foundations are in place. Major infrastructure decisions need to be made in the near future and quickly implemented. These changes are unprecedented in their overall scale, but large-scale transitions have been achieved successfully in the UK before, such as the natural gas switchover in the 1970s or the switch to digital broadcasting in the 2000s.

What changes are needed?

It must be vital to the whole of government and to every level of government in the UK. Overall, a well-managed transition can be achieved and lives can be improved. People can benefit from better physical and mental health, an improved environment and, crucially, a reduced exposure to climate risks.

The progress of Departments against our recommendations can be seen below: 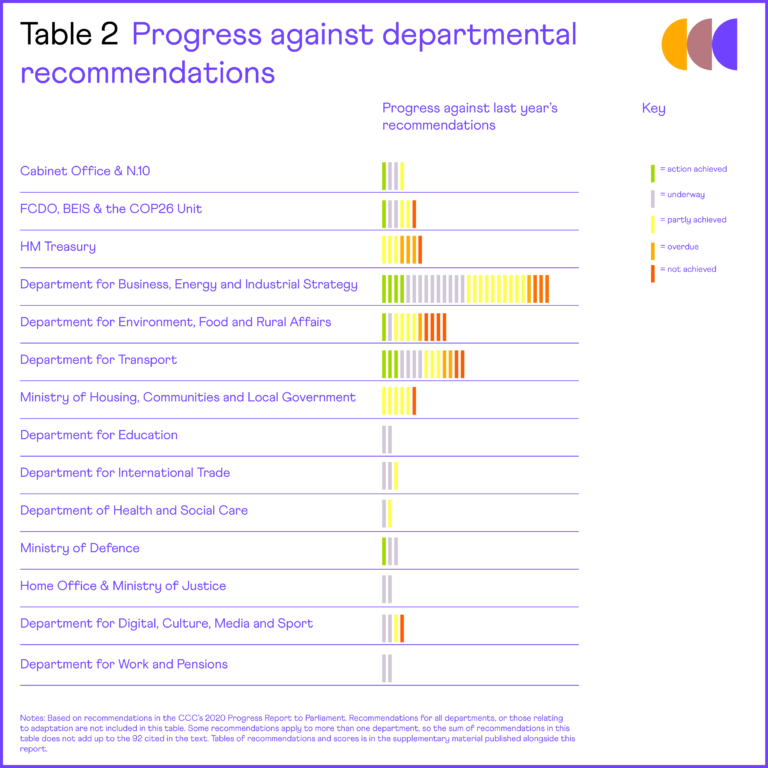