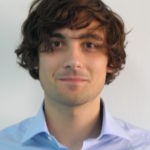 Russell Bishop, Economist at the CCC

By Russell Bishop, Economist at the CCC

On Friday 15th July a team of CCC footballers came home victorious in the annually held Defra Network’s Sports Day.  The Buxton Cup men’s 6-a-side football tournament, a competition which has been running since the 1930s, is part of a host of other sporting events that were run throughout the day of the event, held this year at the National Physics Laboratory in Teddington, London. Despite its independence from Government, the CCC is allowed to compete because of its status as an eligible NDPB.

Over the course of the day the CCC team played seven matches. The group stages saw the team winning 3 of their 4 games, losing the other to a well organised Veterinary Medicines Directorate (VMD) team. This meant that the team ended up qualifying for the knockout rounds by finishing second in their group.  Into the knockout stages and the standard of football improved.  Group winners from Defra and DECC were beaten in the quarter- and semi-finals, in what were both closely fought battles. A particular highlight was a last-minute penalty save in the quarter final by goalkeeper, David Thompson. The final was a rematch against VMD who had cantered to the final in the other half of the draw.  Inspired by the performance in the previous two games the CCC produced their finest football of the day and took the game 1-0 after superb defending and a fabulous team goal finished off by CCC summer student Tom Hall. 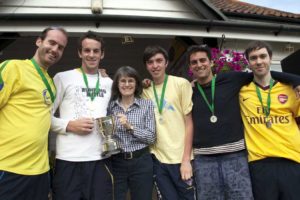