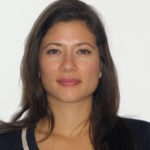 There has been a debate going on in the blogosphere lately over the relative cost of nuclear and renewables, citing analysis we produced for Government in our Renewable Energy Review.
Alice Barrs, a lead economist on the review, delves into some of the finer detail of our work, to explain what we actually said, and more importantly, why…………

On entering office, Secretary of State Chris Huhne asked our Committee to conduct a Review into Renewable Energy to provide advice on whether the renewables target for 2020 should be raised; and on the potential for renewable energy development beyond 2020 to 2030.

The need for a portfolio approach

In May 2011, we published the review, the headline recommendation of which was that renewable energy could make a major contribution to decarbonising the UK economy, providing between 30-45% of our energy by 2030, compared to around 3% today (see Figure 5.2 below). [AB1] 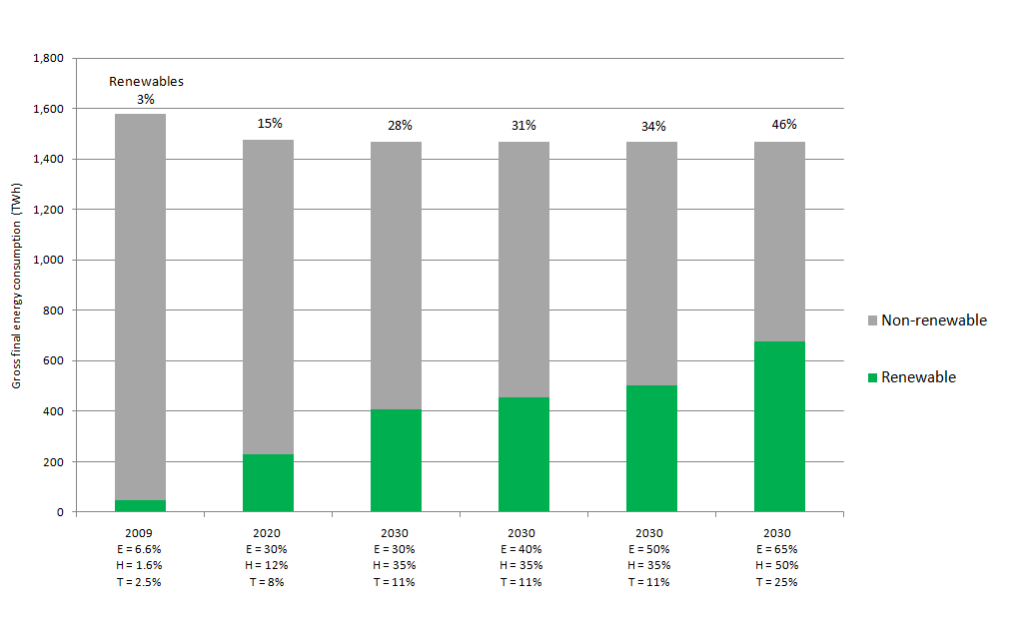 Based on an assessment of costs, resource constraints and technical considerations, we argued that in determining the precise balance of renewables versus other low carbon technologies in the power sector, a portfolio approach to technology development is appropriate.

Specifically, we proposed that there should be investment in various renewable forms of power generation over the next two decades, together with nuclear and CCS.

Our cost assessment was based on new research and modelling by Mott Macdonald which built on a study they produced for DECC in 2010 and developed cost scenarios across the range of low carbon technologies.

The Mott Macdonald analysis showed that there is a wide range of potential costs for each of the low carbon technologies (e.g. 7.5-13.5p/kWh for offshore wind, and 4-10p/kWh for nuclear in 2030). This reflects uncertainty around key cost drivers, including construction and financing cost, and learning rates, (see Figures 1 & 2 below). 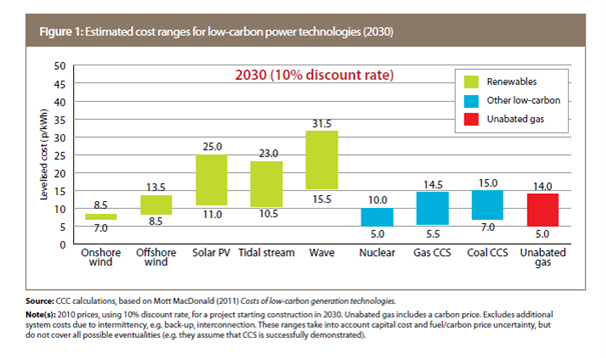 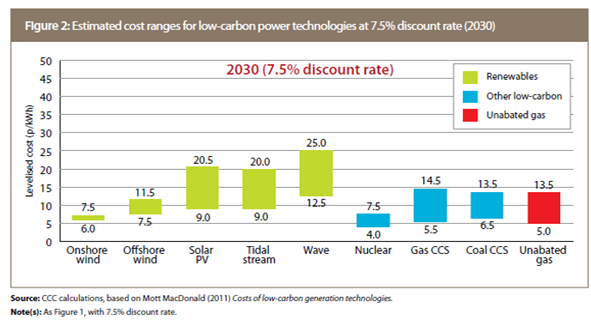 In the case of nuclear in particular, we modelled a range of construction costs that builds in experience from the two projects currently under construction in Finland and France, financing costs based on a review of the literature and a survey of market participants, and back end costs estimated using social rather than (higher) commercial discount rates.

In future, it will be important to learn lessons from the Fukishima incident, including any implications for costs (e.g. associated with design changes or increased financing costs).

Given the significant uncertainties, it is difficult to be definitive about the relative costs of low carbon technologies, particularly further out in time.

However, we concluded that it is likely that nuclear will be relatively cheap for the foreseeable future. In the longer term, there are plausible scenarios where the full range of low carbon technologies – nuclear, wind, marine, solar, CCS – are competitive.

Parliament recently legislated a fourth carbon budget which reflects almost full decarbonisation of the power sector over the next two decades (e.g. reducing average emissions from around 500 gCO2 / kWH to less than 50 gCO2 / kWh by 2030) .

In the Renewable Energy Review, we set out an illustrative scenario to achieve required decarbonisation, in which nuclear and renewables account for 40% of generation in 2030, with CCS contributing 15%, and 5% unabated gas fired generation.

We stressed that this should not be seen as a target, and recommended that the precise balance between technologies should be determined through new electricity market arrangements, based on consideration of relative costs and other factors.

However, it is clear that achieving sector decarbonisation will require significant investment in nuclear, wind and CCS. Trying to decarbonise without one or more of these options would raise costs and risks of meeting the carbon budget to which we are now legally committed. For example, taking nuclear out of the mix would result in increased investment in unabated gas fired generation and associated emissions above budgeted levels.

Therefore it will be important to ensure that new electricity market arrangements support investment in nuclear where this is cost effective, and provide additional support for less mature technologies such as offshore wind and CCS for a transitional period until these become competitive.

Given this approach, we will be well placed to achieve early power sector decarbonisation, which is a central pillar of wider economy decarbonisation required under the Climate Change Act.