This is a letter from Matthew Bell, CCC Chief Executive, to Roseanna Cunningham MSP, Cabinet Secretary for Environment, Climate Change and Land Reform in response to a request for updated advice pursuant to the Climate Change (Scotland) Act.

A new inventory of greenhouse gases has been published since the Committee on Climate Change issued its advice, in March 2016, to the Scottish Government on Scottish emissions targets for 2028-2032. In light of the new evidence, the CCC was requested to re-examine:

This letter sets out the Committee’s response.

*The letter was updated on 23 September 2016 in order to correct percentage figures in Table A1. 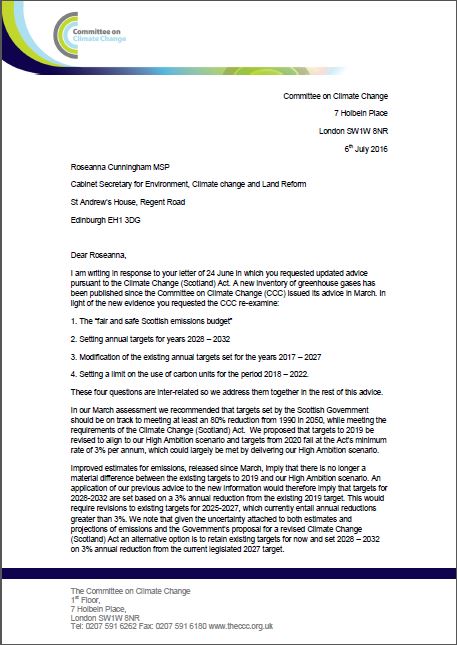