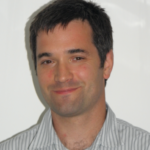 David Thompson is a Senior Analyst at the CCC, working on measuring the progress the UK is making in preparing for climate change.

The Adaptation Sub-Committee was established in June 2009 to provide independent advice to the Government on the risks to the UK from climate change and to assess progress being made to adapt to future risks and opportunities.

Our first progress report was launched on the 16th September at an event in the House of Commons hosted by Lord John Krebs (chair of the ASC) and with a keynote address from Caroline Spelman MP, Secretary of State for Defra. The report assesses what progress the UK is making in preparing for a changing climate.

The Committee found that some progress has been made by government in raising awareness, but crucially, that very little tangible action has taken place on the ground. The emphasis should therefore now be on moving from talking about adaptation to taking action in 5  priority areas: land use planning, infrastructure, buildings, natural resources and emergency planning.

Recent research suggests that taking measures to adapt to climate change could halve costs of climate change, and that the costs of failing to adapt will outweigh the costs of acting in the short term. In addition, the UK stands to benefit from new economic opportunities if it plans for these now. For example, lengthened growing seasons will make growing exotic crops like apricots, walnuts, champagne and wine more viable. UK businesses could benefit by developing products and services that will be required in the retrofit of old buildings and to improve the resilience of supply chains.

There was widespread coverage of the report from national and international media as well as very positive reactions from key stakeholders and from the Secretary of State, who described it as a “wake up call” and used the opportunity to set out the new Government’s position on the importance of taking action on adaptation.

Over the next year, we will work to develop a further, more detailed, assessment of preparedness, together with formal advice on the draft climate change risk assessment, as required under the Climate Change Act.